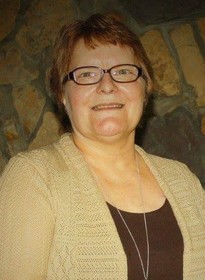 Memorial Candles Lit for Anna | SEE ALL
Click to Light a Memorial Candle for Your Loved One
"We are honored to provide this Book of Memories to the family."
— Kruise-Spewock Funeral & Cremation Services, Inc.
Send
Flowers Service Details
& Obituary View
Tributes Leave a
Condolence Light
a Candle More

Anna Marie Fyock, 57, of Atlantic, went to be with the Lord on Saturday, July 22, 2017 at home surrounded by her loving family.
Born on January 27, 1960 in Clearfield, she was the daughter of the late Donald and Anna Marie (Smarsh) Fyock.
She was a veteran of the US Air Force. Anna was a Pastor with the United Methodist Church, and a member of Madera UMC.
She will be deeply missed by her daughter, Shannon M. Beers; two sons, Joshua Scot Fyock and Jason Alan Sattler; six brothers, Donnie, Bob, Bill, Alvin, David, and Mark Fyock; and three sisters, Catherine Mann, Terri Fyock, and Cindy Hazel.
She is also survived by six grandchildren, numerous nieces, nephews, and friends.
In addition to her parents, she was preceded in death by a brother, Francis Fyock.
Family will receive friends Sunday from 1 PM until the time of Memorial Service at 2:00 PM at Madera U.M.C. Pastor Robert Ford will officiate.
In lieu of flowers, memorial contributions may be made to Madera U.M.C, 96 Spruce St., Madera, PA 16661
Condolences may be sent to: www.kruise-spewock.com

The insignias listed here may be subject to copyright and / or trademarked. Those copyrights and trademarks are owned by the respective organizations.
Send Flowers
Light a Candle