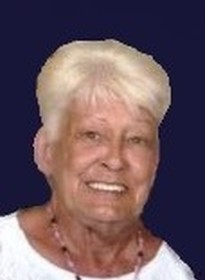 Memorial Candles Lit for Marie | SEE ALL
Click to Light a Memorial Candle for Your Loved One
"We are honored to provide this Book of Memories to the family."
— Kruise-Spewock Funeral & Cremation Services, Inc.
Send
Flowers Service Details
& Obituary View
Tributes Leave a
Condolence Light
a Candle More

Obituary for Marie A. Gravel

Marie A. Gravel, 72, of Smokerun, passed away on Tuesday, April 25, 2017 in Select Specialty Hospital, Johnstown.
Born on August 3, 1944 in Danby, VT, she was the daughter of the late Earl and Leona (Wilkens) Reynolds.
She will be deeply missed by her two sons, Ben (Amy) Kusinski and Ed (Lynn) Kusinski, both of CT; four grandchildren, Julianna, Emily, Lauren and Joshua Kusinski; longtime companion Hank Goding; and four brothers, Mark, Earl. Edward, and William Reynolds.
Funeral Services will be private and held at the convenience of the family.
Condolences may be sent to: www.kruise-spewock.com