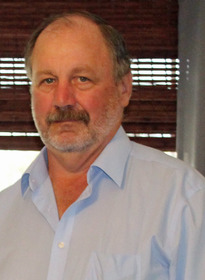 Memorial Candles Lit for Nicholas | SEE ALL
Click to Light a Memorial Candle for Your Loved One
"We are honored to provide this Book of Memories to the family."
— Kruise-Spewock Funeral & Cremation Services, Inc.
Send
Flowers Service Details
& Obituary View
Tributes Leave a
Condolence Light
a Candle More

Nicholas A. (Nick) Sabella, Jr., passed away unexpectedly on November 4th, 2016, in Cresson, PA.
Born on June 24, 1953 in Cleveland, OH, to Ellen and the late Nick Sabella, Sr., Nick moved around throughout childhood before the family settled down in Osceola Mills. He graduated from Philipsburg-Osceola High School in 1971 and became a mechanic right out of high school.
Nick was a workaholic - he was a very talented automotive and drill rig mechanic, a drill operator, and a savvy businessman - co-owning and operating Centre Drilling Incorporated with his brother, as well as his side business, Nick Sabella Racing.
Nick’s favorite passion was automotive restoration, specifically muscle cars and Corvettes. He was a master of all trades - skilled in nearly every aspect of restoration - painting, detail, mechanical, etc. He did several stunning and award-winning restorations, including his prized 1967 Corvette Sting Ray and was in the process of restoring a 1967 Camaro at the time of his death. He was an accomplished drag racer, conquering the quarter mile with engines and cars he built himself. His race engine-building skills were renowned; building engines for customers' race cars, muscle cars, sports cars, and hotrods.
He also loved finding the old cars to restore - he loved the road trips to find the car, he loved to extract them from old barns/garages, fields, swampy marshes, or even just from the annual trips to Fall Carlisle - and he loved the story of the find, how we extracted it, and the history of the car itself. He truly enjoyed the hobby to the fullest.
He was kind-hearted and selfless, a fun-loving soul but was brutally honest and had immeasurable integrity. He was a teacher and mentor to many in the old car/race car community, as well as the kingpin of his family. He left a void with his friends and family that will never be filled.
He was preceded in death by his father, who he idolized.
In addition to his mother, Nick left behind a fiancee, Elaine Verost of Philipsburg; a brother, Richard G. Sabella and his wife, Lee Ann, of Philipsburg. Also surviving is a nephew, Richard L. Sabella and his wife, Kristin, of Houtzdale; and two nieces, Holly Kick and her husband, Brandon, of Portage, and Casey Sabella of Philipsburg, and several aunts, uncles, and cousins. He also left behind his loyal canine companion, Avery.
A memorial service will be held 4 PM Sunday, December 4, 2016 at Kruise-Spewock Funeral & Cremation Services, Inc., Madera.

Condolences may be made at www.kruise-spewock.com