To share your memory on the wall of William Williams, sign in using one of the following options:

Provide comfort for the family of William Williams with a meaningful gesture of sympathy.

To send flowers to the family or plant a tree in memory of William Williams, please visit our Heartfelt Sympathies Store.

Receive notifications about information and event scheduling for William

Provide comfort for the family with a meaningful gesture of sympathy.

Show you care by sending Flowers

The insignias listed here may be subject to copyright and / or trademarked. Those copyrights and trademarks are owned by the respective organizations.

We encourage you to share your most beloved memories of William here, so that the family and other loved ones can always see it. You can upload cherished photographs, or share your favorite stories, and can even comment on those shared by others.

Ricki and Jamie Williams, Chris & Christine Williams, and others have sent flowers to the family of William Williams.
Show you care by sending flowers

Posted Oct 06, 2019 at 09:59pm
To all members of Bill Williams Family, our deepest sympathy.
Bill & I shared a lot of Ramey memories, I used to enjoy stopping and jar Bill's great memory on many various subjects.
I know he really enjoyed those visits because he always asked me to stop back anytime.
Since Bill had 11 years on me I was very interested in Bill's knowledge on questions I had about the early days of Ramey,especially in the area of the Beulah's side of Ramey when the Williams Family were neighbors , living next to the Kokoskie Family.
Bill would answer my questions about things on that side of town since I was just a youngster & Bill was already in his teens in those days. Therefore our conversations became very interesting . I will miss him very much. Our prayers are with him.
If I knew his Heaven phone number I would give him a call,as I still have more questions.
May he rest in peace.

Posted Oct 05, 2019 at 08:27am
Sharing your sadness and remembering Uncle Bill. Our condolences,

Posted Oct 05, 2019 at 08:26am
Thank you for all of the wonderful memories Uncle Bill! Love Jack and Margaret.

Posted Oct 03, 2019 at 04:13pm
Praying for comfort and peace in your hearts, dear cousins. You must be so proud of the amazing life he led. Xoxo 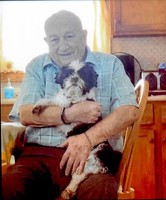 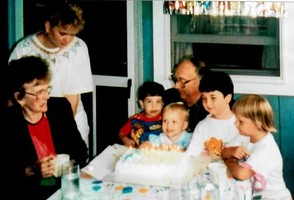 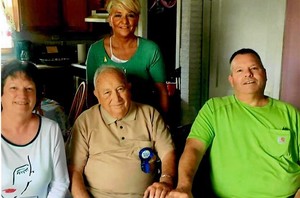