To share your memory on the wall of Beverly Twigg, sign in using one of the following options:

Provide comfort for the family of Beverly Twigg with a meaningful gesture of sympathy.

To send flowers to the family or plant a tree in memory of Beverly Twigg, please visit our Heartfelt Sympathies Store.

Receive notifications about information and event scheduling for Beverly

Provide comfort for the family with a meaningful gesture of sympathy.

Show you care by sending Flowers

We encourage you to share your most beloved memories of Beverly here, so that the family and other loved ones can always see it. You can upload cherished photographs, or share your favorite stories, and can even comment on those shared by others.

Posted Oct 20, 2019 at 01:26pm
I love Bev and will be lost but realize she is with God. She was a Special lady and wonderful friend. She loved all you kids so very much and we talked about every day. She was so proud of you and was thankful for all you did. God bless you all sorry I can not get there. Melanie Beck thanks Doug for getting her out of the tree with mower. We laughed so hard but she knew you would help. Thanks
Comment Share
Share via:
RM

Posted Oct 19, 2019 at 01:14pm
Our deepest sympathy. You are being remembered in our prayers. May you be comforted by God's abiding presence in Jesus Christ. Love and Shalom - Ray and Tammy Morris, Pinehurst, NC
Comment Share
Share via: 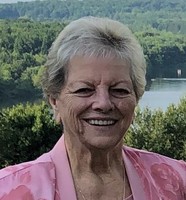